Letters from our Founders 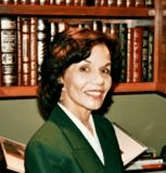 It is with great enthusiasm that Alan and I invite you to join us on a quest to further our understanding and knowledge of Liberty and Free Enterprise. For over 25 years we have been involved in various efforts to advance the case for both of these ideas.

Our mentor, the late Ralph Smeed opened a door back in the mid 70’s by introducing me to such great works as The LAW by Frederick Bastiat, and Mainspring of Human Progress by Henry Grady Weaver, while offering a scholarship to seminars sponsored by FEE (Foundation for Economic Education) where I would first read “I, Pencil” by Leonard Read. At the time I was serving as a young Christian Education Director for a local church in Caldwell, Idaho.

My parents had grounded me in certain principles regarding liberty and enterprise, but I would not come to appreciate their efforts and wisdom for years to come. I remain grateful to them and to God for placing me under their instruction.

In 2012 Alan and I began traveling throughout the Northwest meeting with individuals and speaking at public and private schools, churches, service organizations and business conferences. We have addressed over 12,000 fellow Americans. We were constantly struck by the number of people who were kind enough to thank us for talking about our “Republic” and honest enough to tell us that they were under the misconception that we were a “Democracy”. Even more troubling, was the fact that they thought the two were interchangeable. We were equally taken by their request that we include classes for Adults along with younger and older youth. To that end the Northwest Liberty Academy was founded; based on moral and economic principles of a free society and free enterprise. Emphasis is placed on the proper role of government and the preservation of our inalienable rights to life and liberty including private property rights and the right to peacefully engage in a free and moral exchange of ideas, goods and services.

With blessings from God, we look forward to the work set before us and invite you to join us in this great adventure! 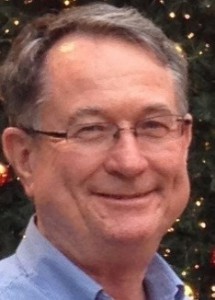 Since 2012, Elizabeth and I have traveled throughout the northwest speaking on topics related to our Republic and the moral and economic implications of a free society. It has been during that time that I began to hear from others who, like me, believed that there were gaping holes in their education.

While touting the virtues of Keynes and Galbraith, never once in my time at the university did I hear the names, Hayek, (recipient of a Nobel Memorial Prize in Economic Sciences) or Von Mises (noted Austrian Economist), and Milton Friedman (recipient of the 1976 Nobel Prize in Economic Services) was given passing mention as a mere “eccentric.” The entire Austrian School of Economics was totally ignored.

Over the years I have grown wary of conventional wisdom regarding the whole “left, right paradigm”. I had a front row seat in the political grand stand during Elizabeth’s tenure in the Idaho House of Representatives. I personally witnessed her frustration that, while politicians uttered empty platitudes of free enterprise and limited government, many members of both parties voted for more government intervention in our lives and less economic and personal freedom. That was all brought home when a former colleague told Elizabeth “You can do anything you want here, your constituents will never know.” Elizabeth’s incredulous response of “But I’ll know”, held no sway.

It is with much excitement and pleasure that we decided to step out in faith with the Northwest Liberty Academy. We look forward to the journey.